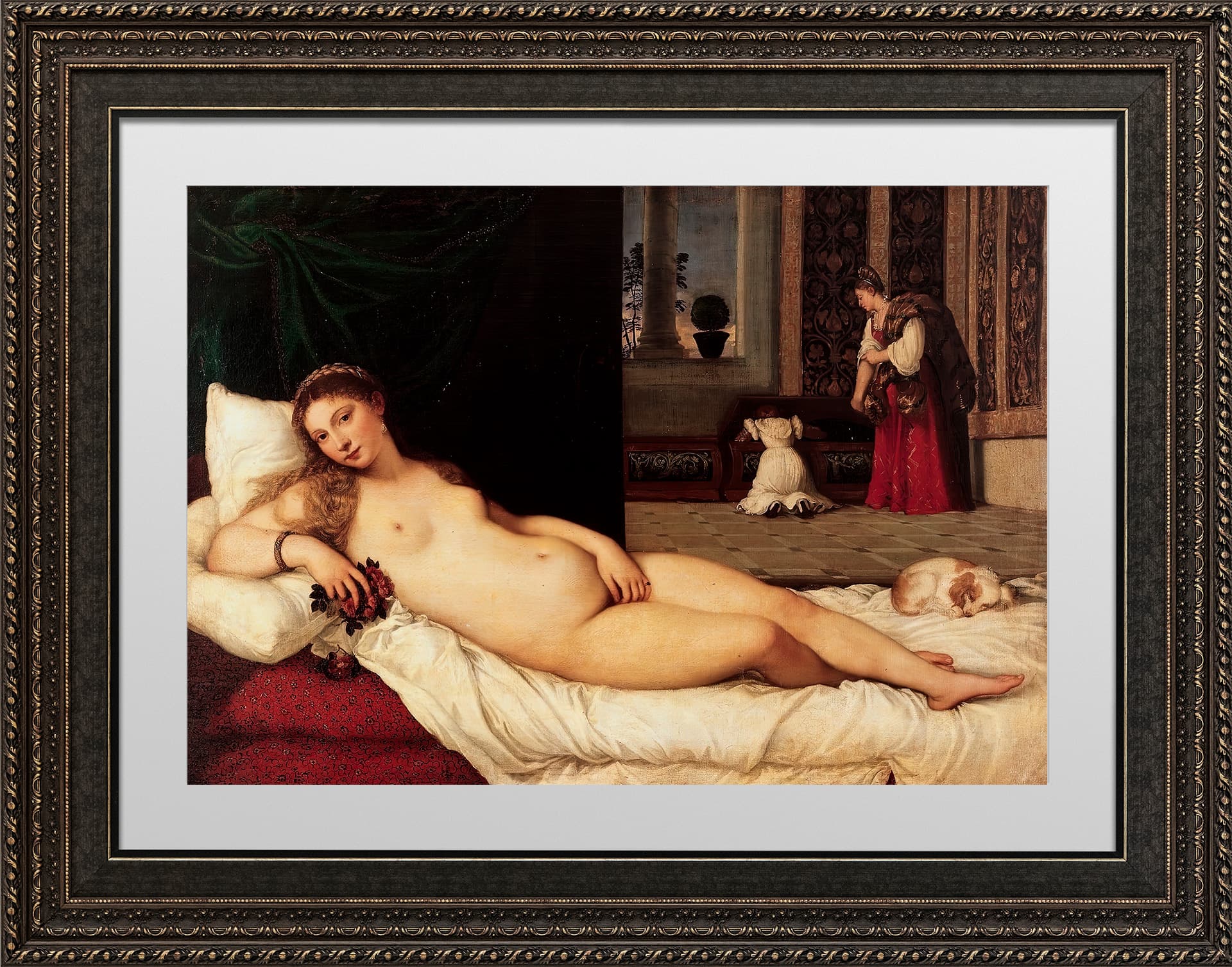 Venus of Urbino by Titian

Venus of Urbino by Titian, circa 1538

The Venus of Urbino by Titian is probably one of the most recognisable paintings of feminine nudity in Art History.

Throughout the years, this painting has puzzled many. Some find in it absolute beauty, like Vasari stating that it is “the most beautiful nude Titian had ever painted” while others reject it, Mark Twain being the most prominent accuser. He described it as “the foulest, the vilest, the obscenest picture the world possesses.”

No matter how you see it, it is undeniable that this nude has influenced many, including Manet and his Olympia, and set the path to a new way of depicting the female gender in its bath suit.

While it is not fully ascertained, it is widely accepted that Titian’s Venus was commissioned by Guidobaldo II Della Rovere for his then 15 years old wife, Giulia Varano, as a wedding gift. The painting is said to have been completed in 1535 and, the sale record shows that it was in Guidobaldo’s possession by 1538. Guidobaldo was Duke of Urbino, and Venus takes its name from his title.

Using a popular genre of the early Renaissance, Titian took inspiration in the Venus of Dresden by Giorgione. Titian was familiar with this painting as he worked on it and even completed it after Giorgione’s death. But, with the Venus of Urbino, Titian creates something audacious and daring to probably serve one purpose, the exhibition of his own skills. 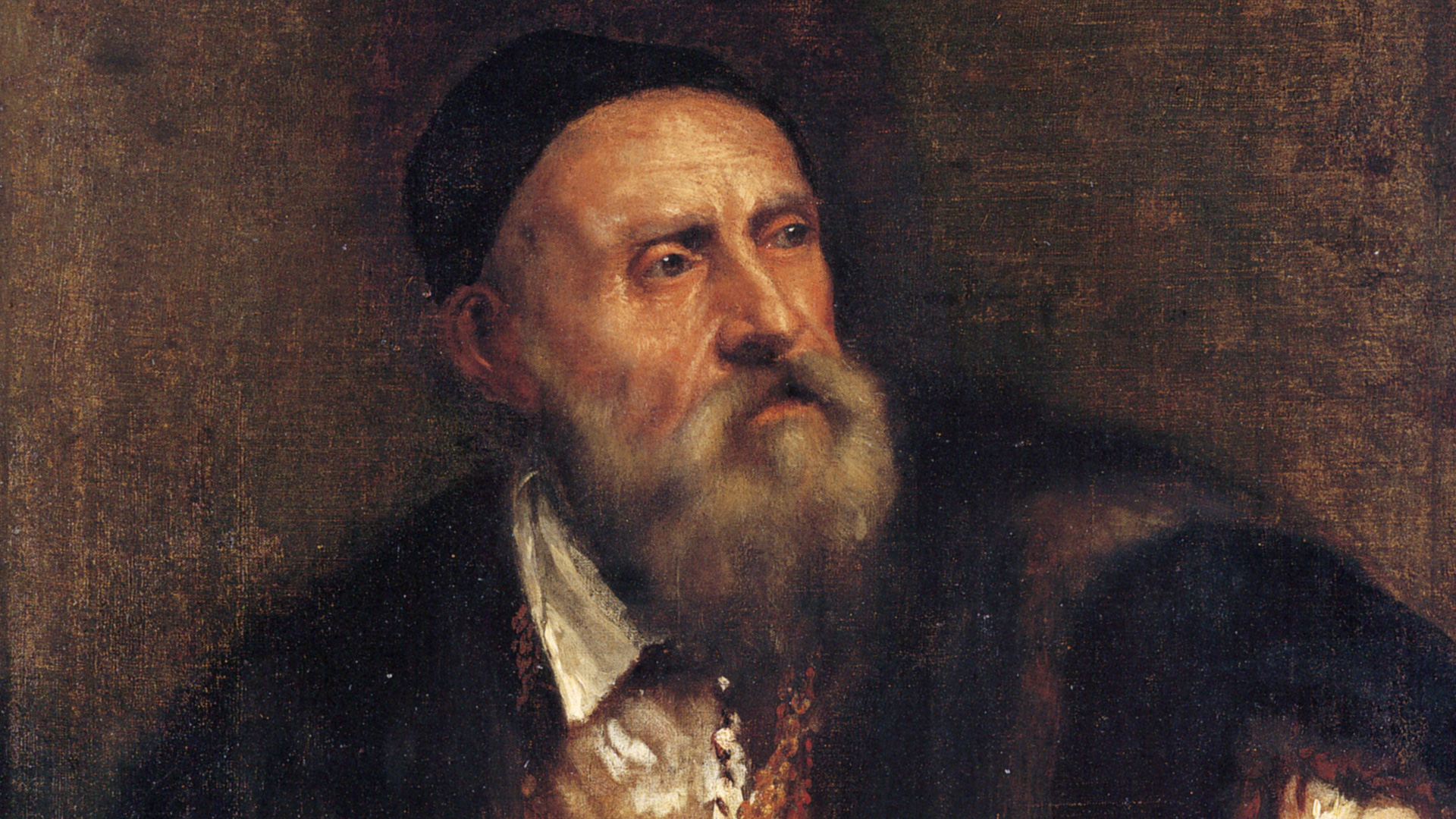 The Venus of Urbino by Titian meaning: a traditional wedding picture.

In appearance, the Venus of Urbino has all the elements of a traditional wedding picture. Serving as a marriage lesson the painting refers to love, physical and ethereal, faithfulness, and motherhood.

Venus is lying gracefully on a red bed with white sheets symbolising respectively love and purity. The roses held in Venus’s right hand and the myrtle at the window are here to confirm her identity. They are also a commonly used symbol of married life.

The little dog lying at the edge of the bed is a token of marital fidelity. In the background, a young maid is digging through a cassone (chest traditionally given to the bride by the groom) while her elder is motheringly supervising her. This may be the Venus of Urbino by Titian Meaning. 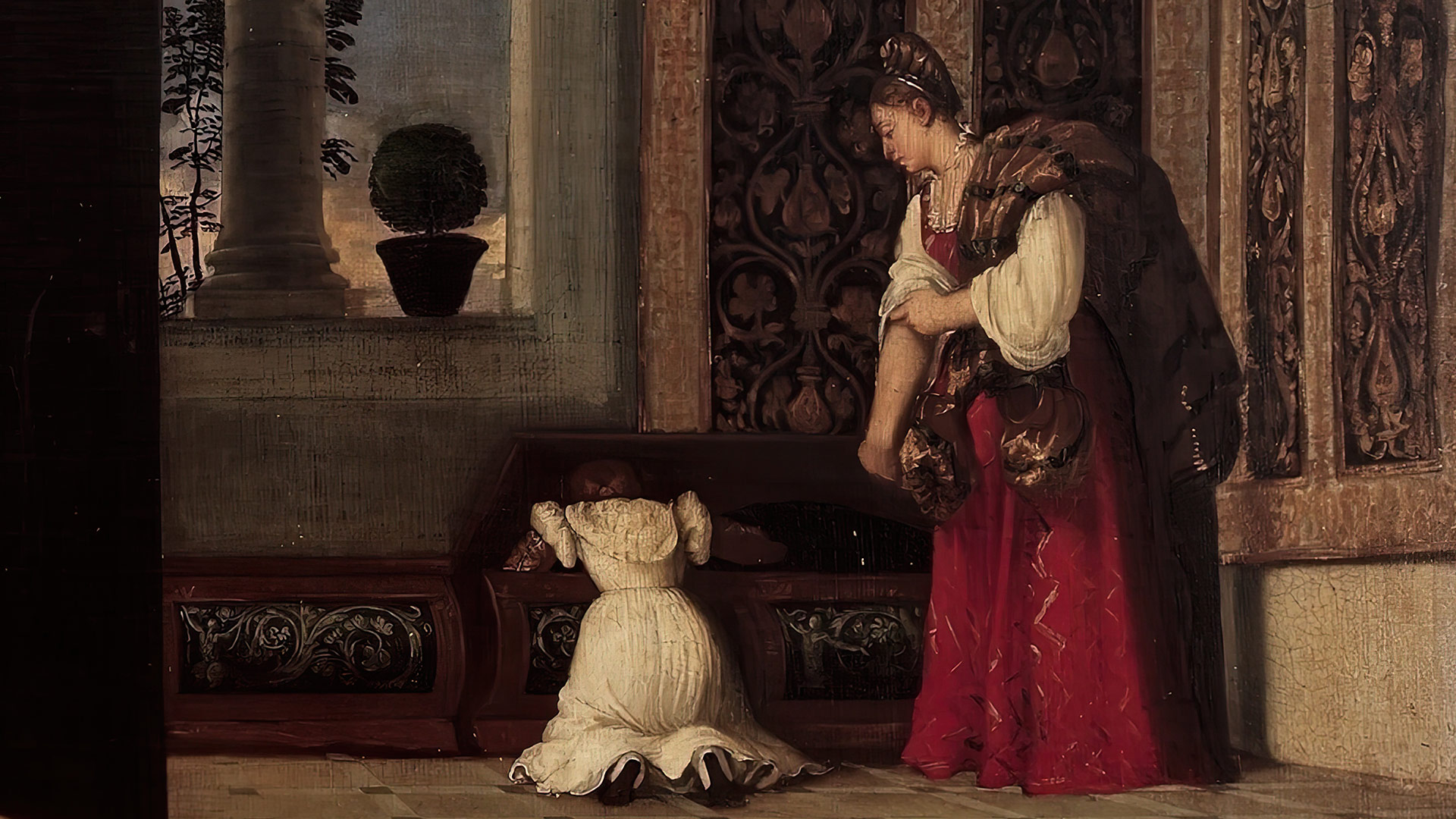 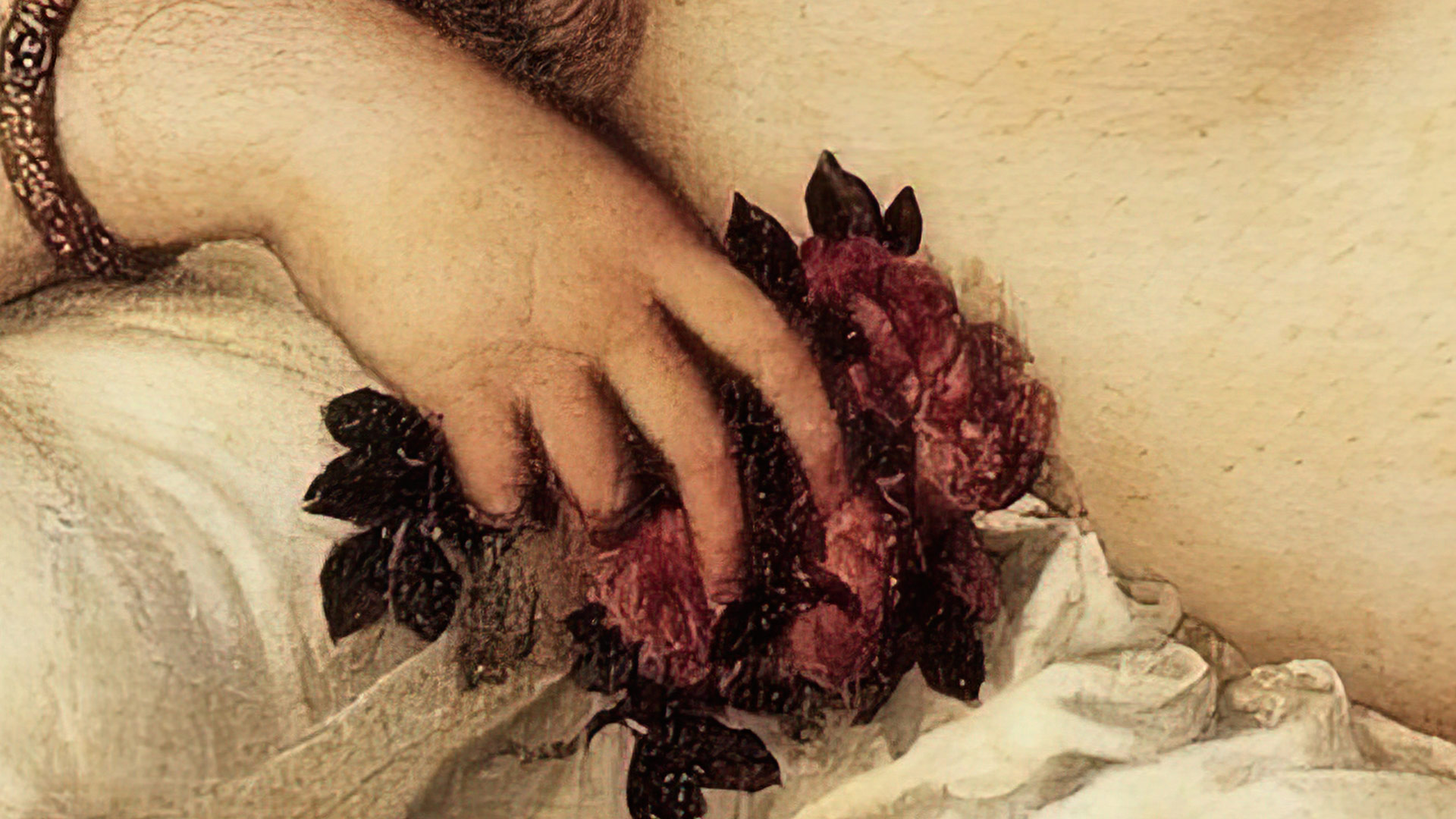 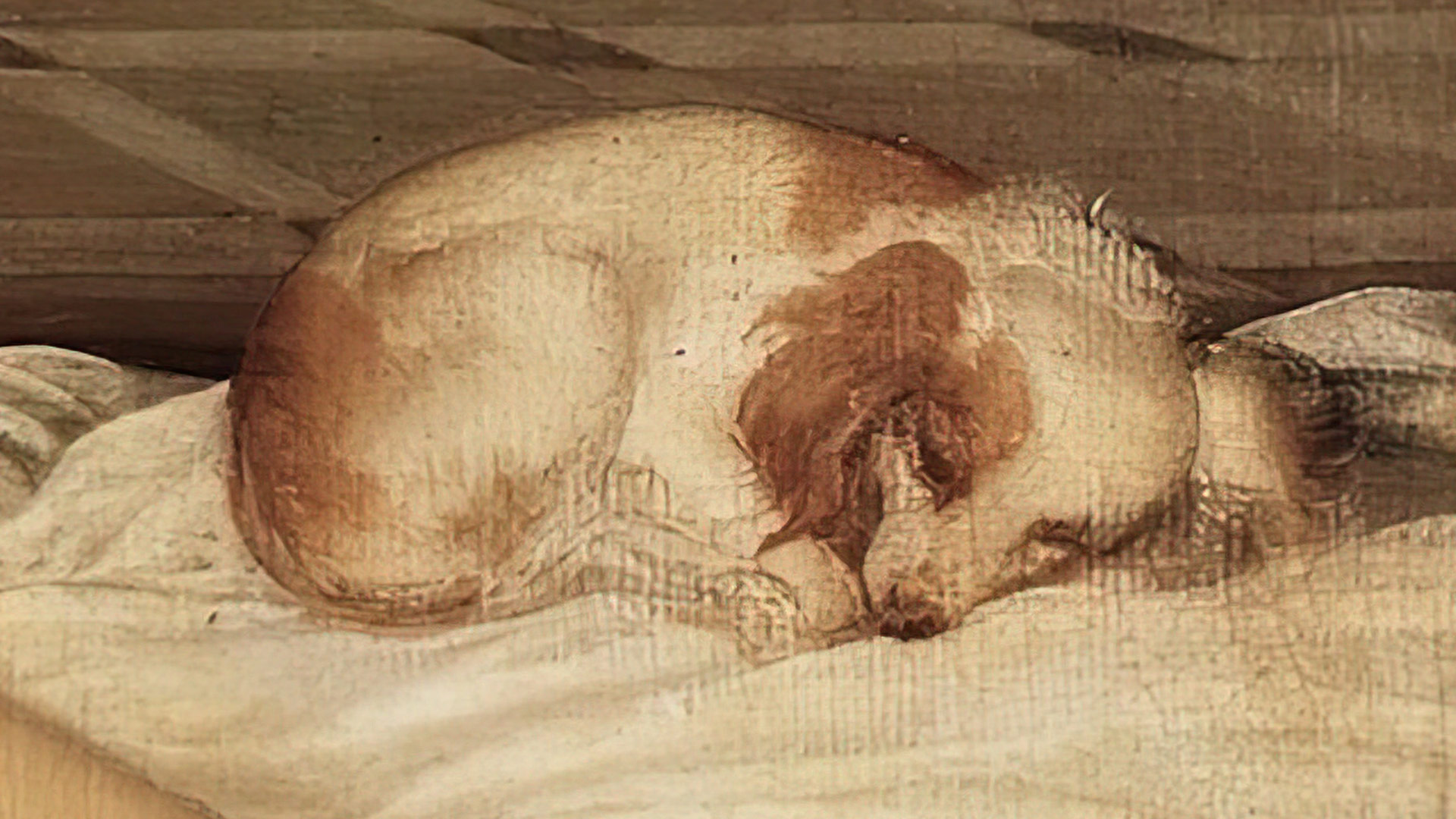 A daring twist on a traditional composition.

However, unlike in Giorgione’s version, Venus is not asleep in this composition. She is looking directly and provocatively at us. She is not anymore a celestial goddess captured in nature unknowingly. Here, she is put in a domestic setting and, while her conventional features are still here, these are skewed and minimalised.

Removed from the wild, the nude figure becomes domesticated and, one can only wonder, who is the courtesan in Titian’s painting. Some theories suggest that she was modeled on Angela del Moro, also known as Zaffetta, a favoured courtesan and friend of Titian.

Others see in her Guidobaldo’s mother as some similarities with an earlier portrait of Eleanora Gonzaga from Titian can be observed. Whatever the answer is, Venus loses her status as a goddess and becomes a common mortal in this painting.

There is a real sense of erotism coming from this feminine figure. Her hair falls in delicate braids which encompass her breast, the straight line of the architecture contrast with the curves of her body, even the light in this painting highlights her nudity. Finally, her hand is modestly resting on her genitals.

This pose is a copy of the Venus of Dresden’s gesture, but Titian’s Venus’s attitude suggestively implies that she might be doing a little more than just resting there. Although not entirely unusual, this is a very daring approach to a traditional genre. One, that will influence and inspire many artists.

In this painting, Titian exhibits all his skills and expertise. The softness of the subject’s skin is a true wonder and, the intensity coming out of Venus leaves no one untouched. In doing this, Titian achieved a truly daring painting for its time and a masterpiece of sensuality and erotism.

Write your thoughts in the comments… 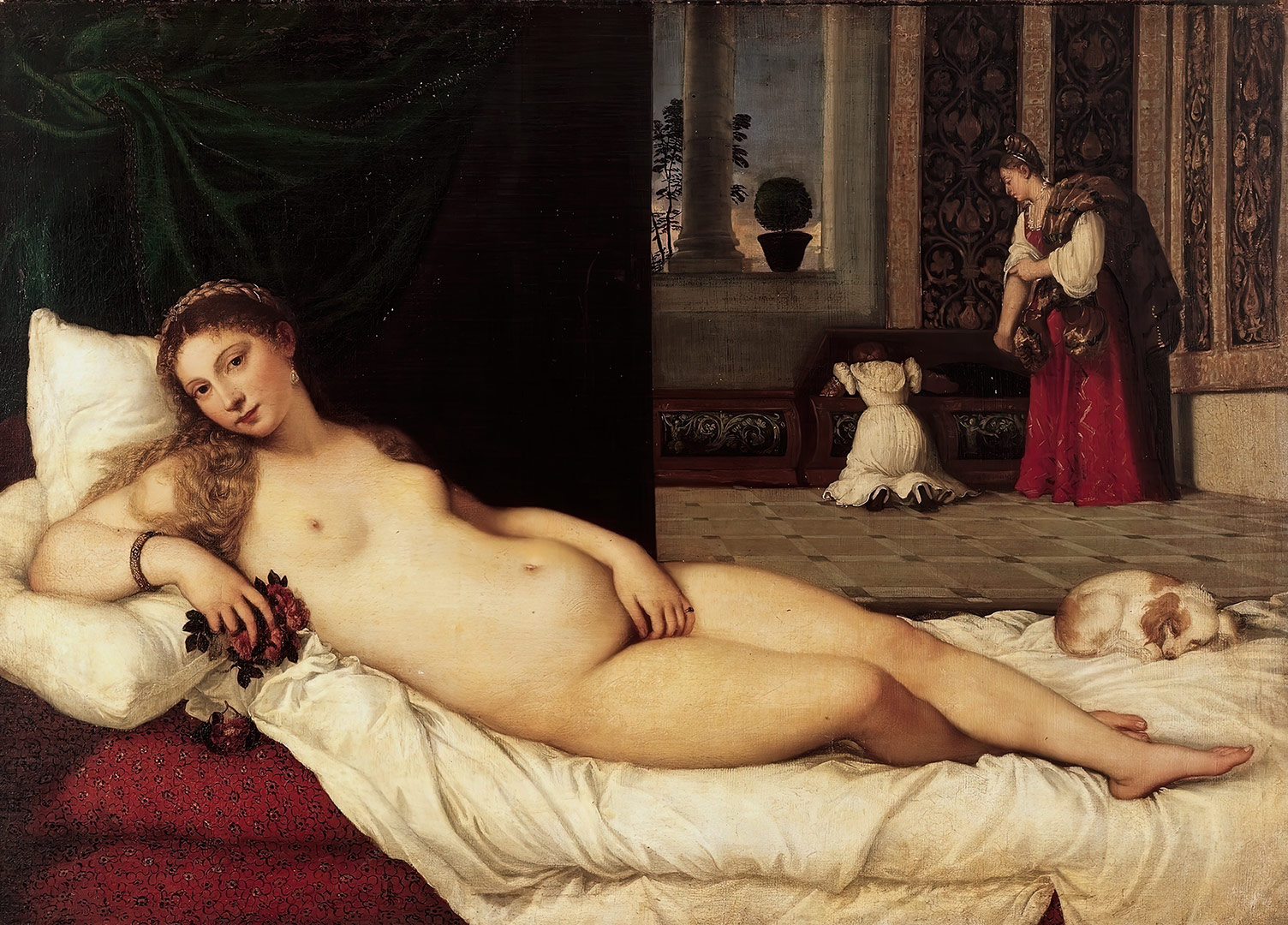 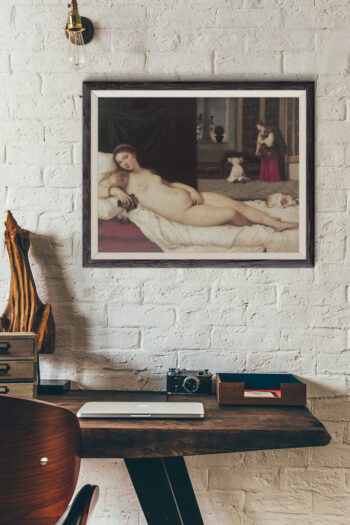 Do you like this work of art? Buy Venus of Urbino Print

Buy Venus of Urbino as a large print, canvas or gadget directly from the Redbubble website