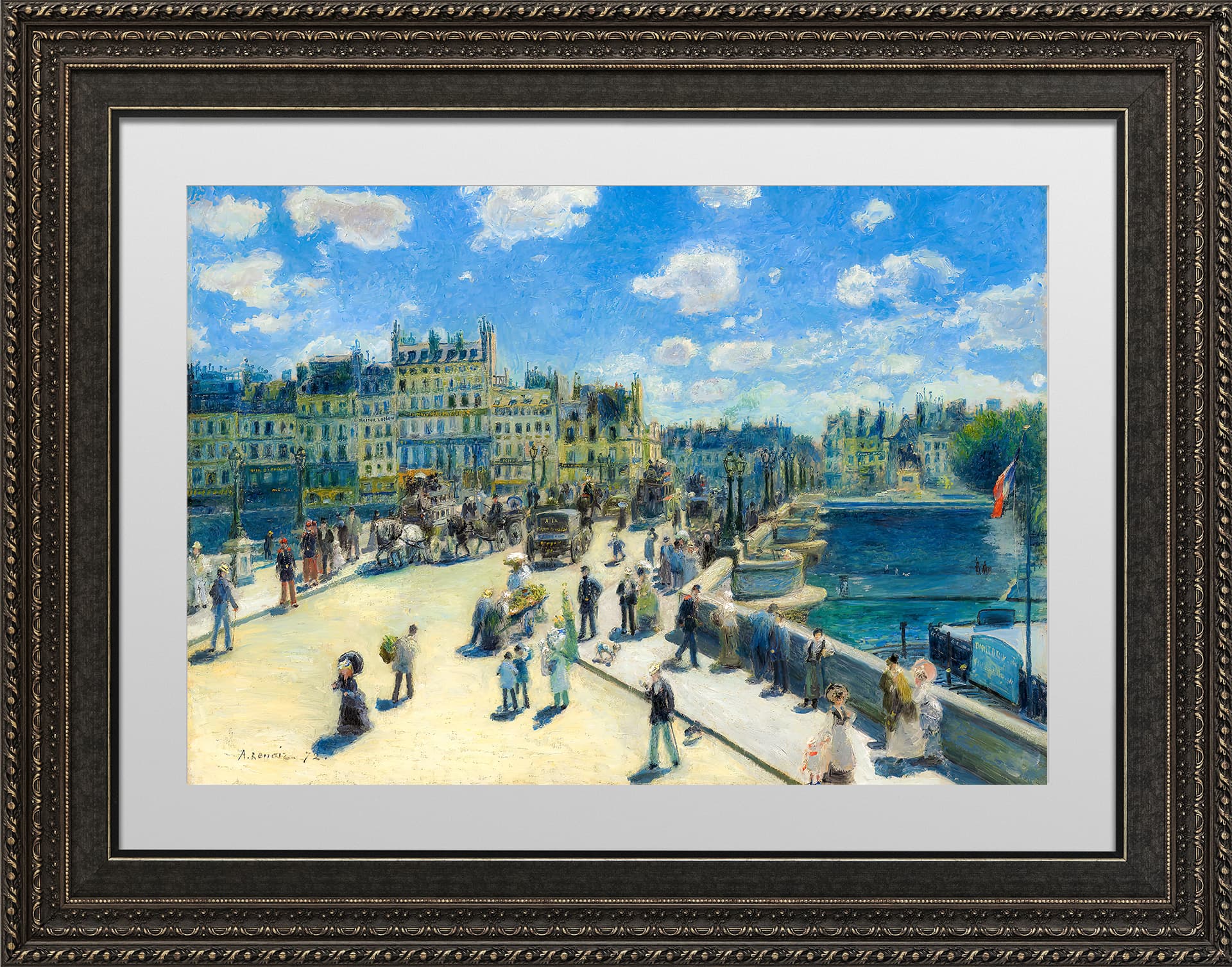 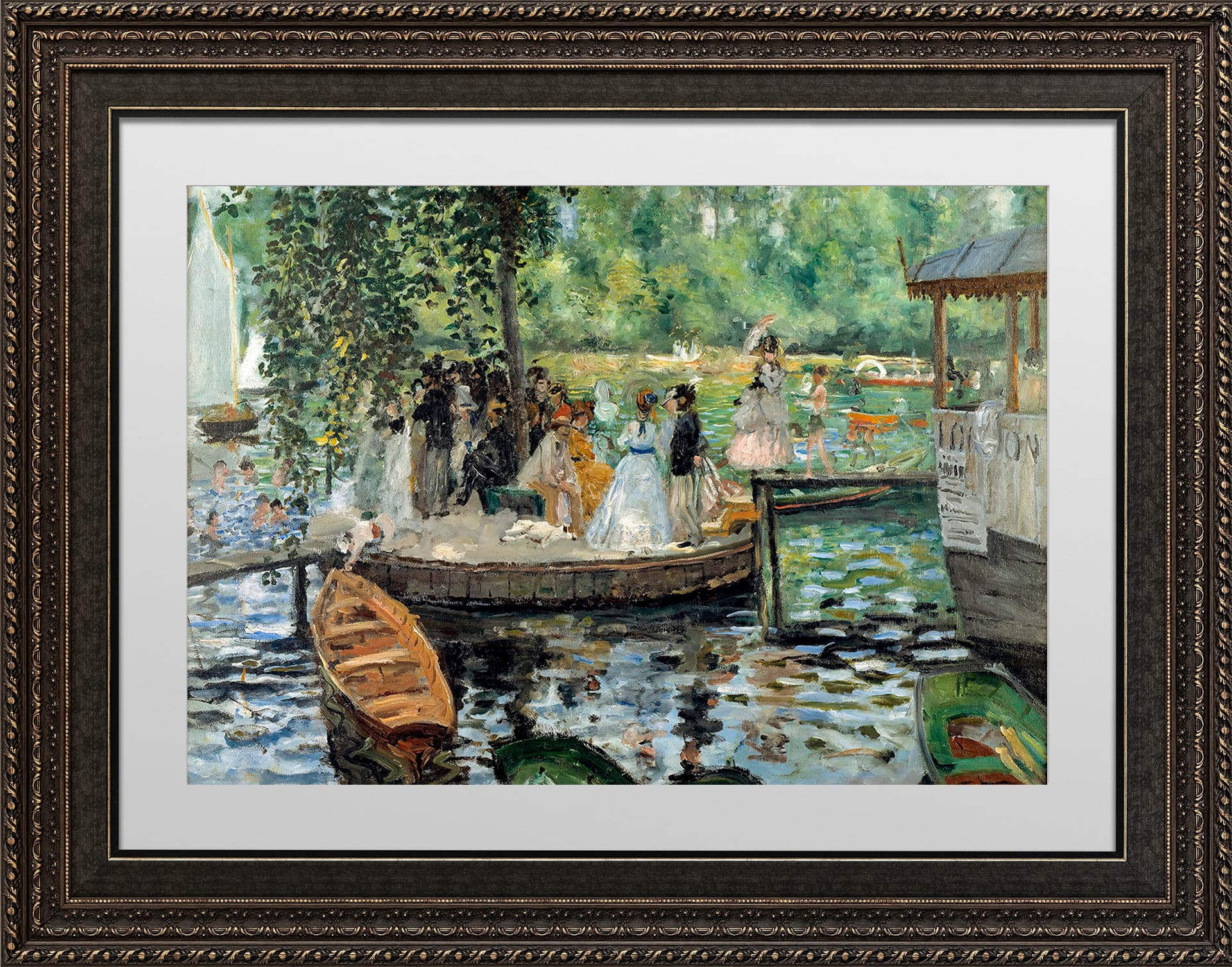 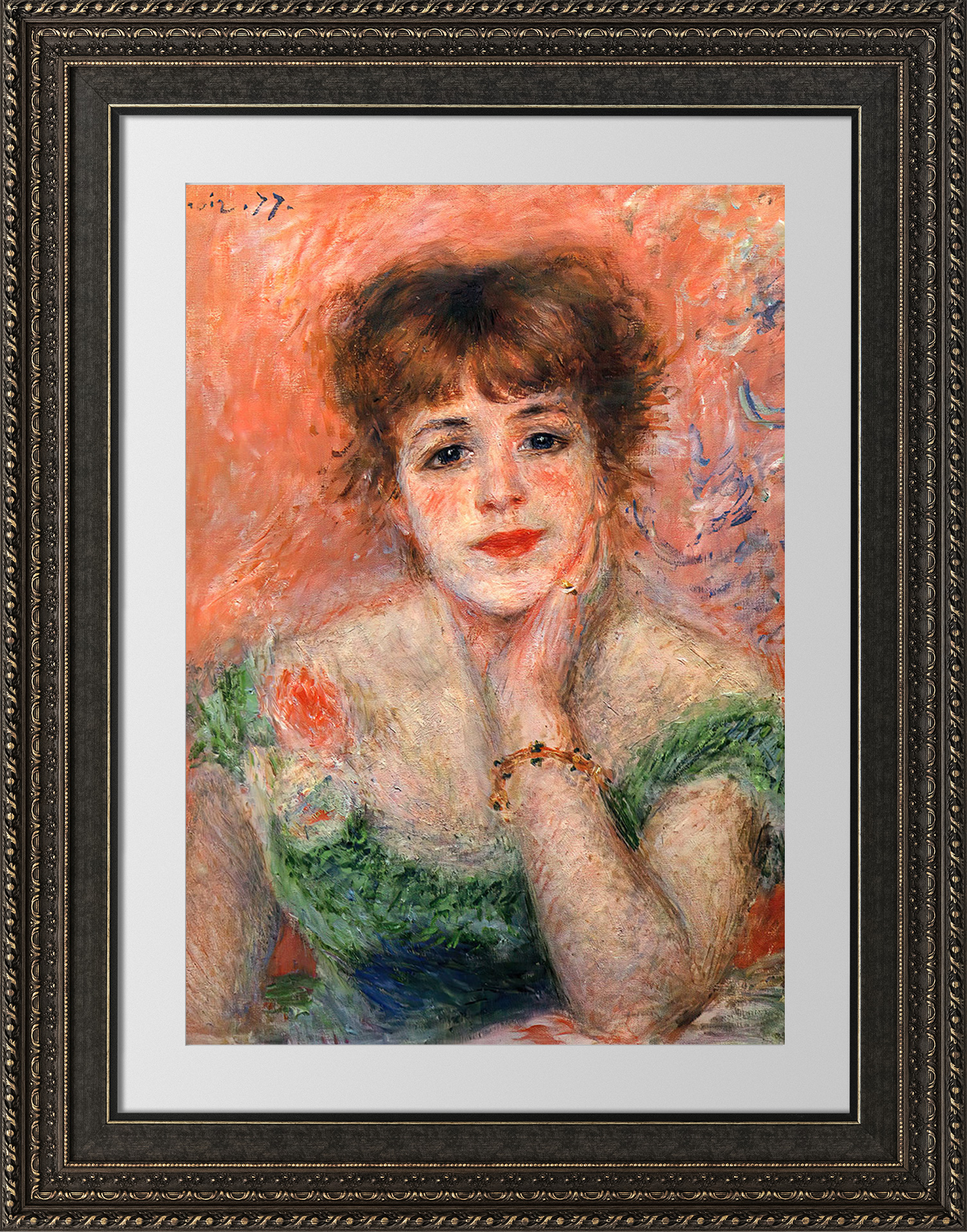 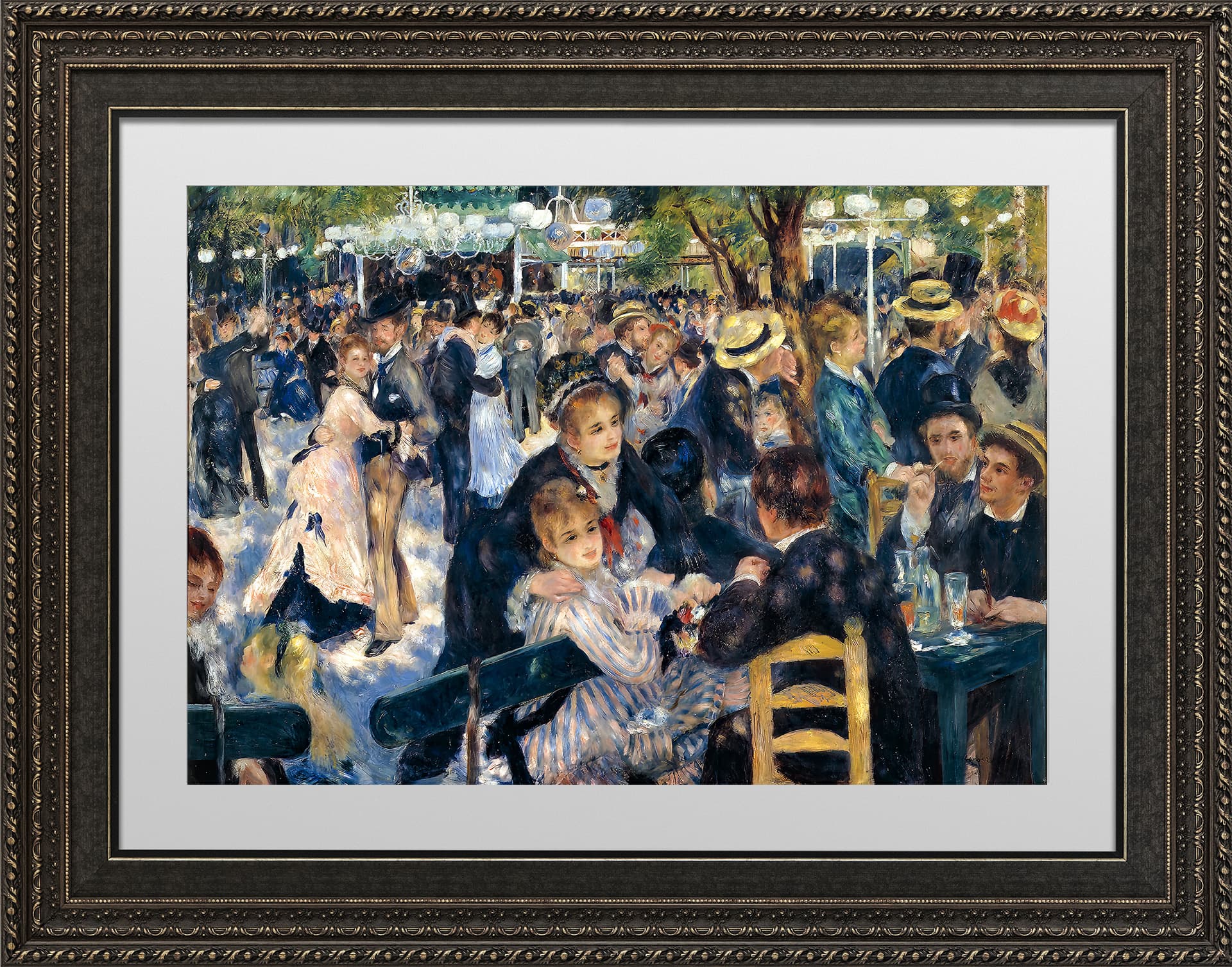 The Prolific Life of Pierre-Auguste Renoir

Renoir is a name that you probably associate with art history, similar to van Gogh, Picasso, and Gauguin. So, we know that he is a painter and now has widespread recognition—but, who is he, why do we talk about his work, and what made him so famous?

As a prolific artist, he made thousands of paintings in his 78-year life, and his sparkling, light and airy compositions have stood the test of time. Renoir believed artwork should be pleasant and cheerful as to not add more sadness to the world.

Indeed, his works reflect this philosophy—continue to read more about Renoir’s fascinating life below.

An Overview of Renoir’s Life

Pierre-Auguste Renoir was born in Limoges, a city in central France, in 1841. Shortly after his birth, the Renoir family of modest means moved to Paris to pursue a better life. In fact, their relocation to central Paris put Renoir fairly close to the Louvre, where Pierre-Auguste would study the old masters.

As a child, he showed artistic talent and an even stronger musical talent. However, Renoir was forced to end his music lessons because of the family’s rather dire circumstances and instead entered an apprenticeship at a porcelain factory, which was his first artistic role—when he found the work at the factory mundane, he would revive his inspiration by roaming the halls of the world-famous Louvre.

His talent at the factory stood out, and soon he was studying under accomplished painter Charles Gleyre in Paris—during this period, he met Claude Monet, whose name he often appears in the same sentence as in art history books to this day. 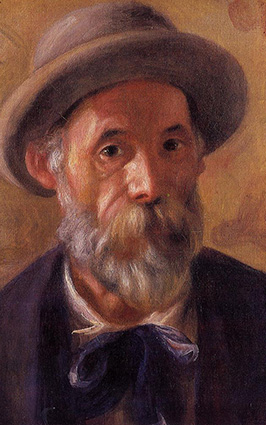 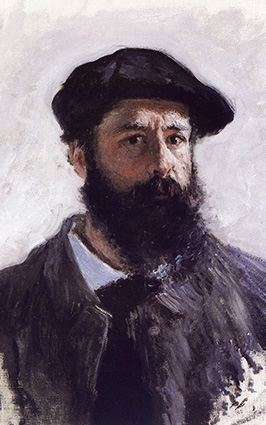 The Art World of Renoir’s Time

For most of his life, Renoir lived immersed in the buzzing hub of creativity of Paris, France. The Paris Salon—more colloquially known as the Salon—is a crucial concept to understand the art world that Renoir was in (and many other painters in Western art history as well). This was the formal art exhibition of the Académie des Beaux-Arts in Paris, a prestigious art school. Exhibiting at the Salon was an important, if not essential, as a stepping stone in a young artist’s career.

His first successful painting was Lise with a Parasol (1867) which depicted his lover at the time. The work was finally recognized at the Paris Salon in 1868—prior to this, he had been rejected from several previous Salons.

The rigidness of the Salon frustrated some artists. So, along with Claude Monet and Camille Pisarro, Renoir formed an independent exhibition from the Salon, which largely rejected the artists’ work. In 1874, the first Impressionist exhibition took place, which earned widespread but very unfavorable headlines. In fact, Impressionism got its name, in part, from a work by Monet panned by critics as being more of an “impression” rather than a finished masterpiece. In the exhibition, Renoir’s paintings received relatively less criticism than that of his friends but were by no means popular.

He exhibited with the Impressionists for the next two shows but returned to submitting his paintings to the Salon in the late 1870s. He started to focus more heavily on portraits of his own style—which we’ll get to below—and less so on the Impressionists’ philosophies of capturing the fleeting moment, and by 1879, he was a popular and fashionable Parisian painter. 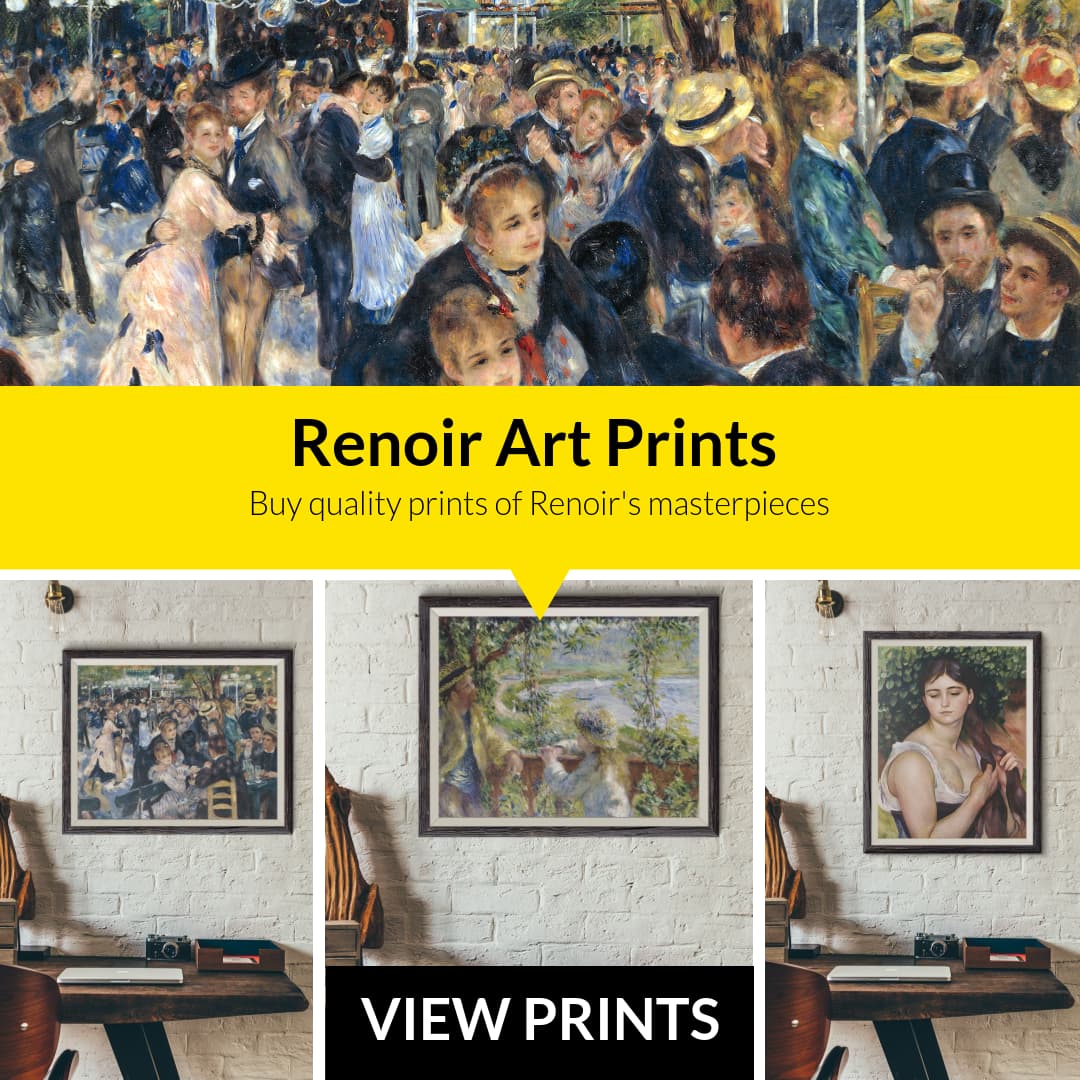 Renoir’s Style as a Painter

Quickly and succinctly, Renoir’s paintings are vibrant, happy, and candid. He frequently painted busy scenes of Parisian leisure, such as the Luncheon of the Boating Party (1880-81), which shows a clothed table full of wine and snacks, surrounded by friends who presumably spent the day boating during a French summer. It’s a happy-go-lucky scene that brings you to another time.

Another painting that highlights Renoir’s style is the Dance at Bougival (1883), in which a young woman and man embrace each other while twirling amid a dance on the streets of the French village Bougival. Apparently, the woman in the painting was based on the model Suzanne Valadon (who would actually become one of the most famous female painters of the time in her own right). The viewer has the sense that they are really standing on the street with this elegant couple and immersed in the dreamy pastels of the scene. It’s notable for being one of the best examples of Renoir’s transition from Impressionism to his own more mature portraiture—you can sense Renoir’s fascination with capturing female energy in this whimsical, happy work.

Renoir was also mesmerized by the female body and adopted the female nude as one of his main subjects, especially later in his career, and is still known for that fascination.

Later Years and the Lasting Legacy of Renoir

Renoir moved to the warmer region of Provence, France, to accommodate his ailing health as he got older. The last decades of his life were marked with worsening mobility, yet he maintained an active studio practice—he actually had to adjust his technique to still be able to paint with arthritis.

Renoir returned to Paris in 1919 to visit the Louvre, as he had for much of his life, but this time he got to see his own work hanging among the old masters due to the success he achieved during his life.

Even just a few short years before his death in 1919, Renoir displayed his playful talent in his portraits of others. To leave on another note of Renoir’s optimism in his later years,

“The pain passes, but the beauty remains.”

And it does, with his whimsical artworks displayed in museums across the world. His name is synonymous with innovation, Impressionism, and pure skill—in fact, Bal du Moulin de la Galette sold for $78 million in 1990, making it one of the most expensive paintings ever sold. And, despite his branching out from the Impressionists, his legacy remembers that he was a founder of the revolutionary movement. 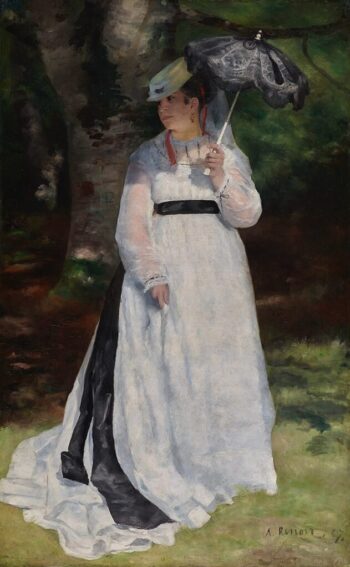 Lise with a Parasol 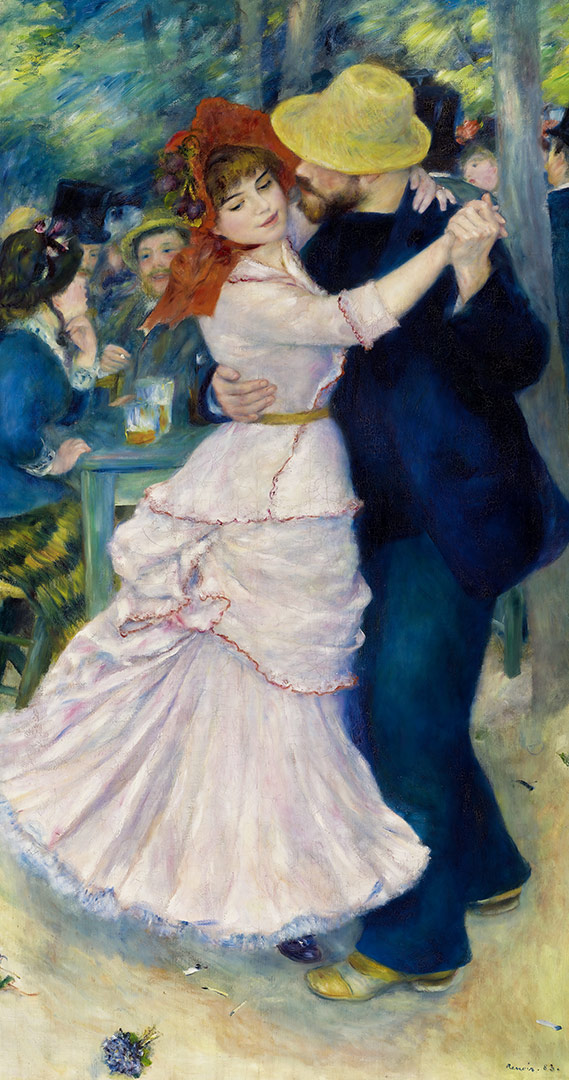 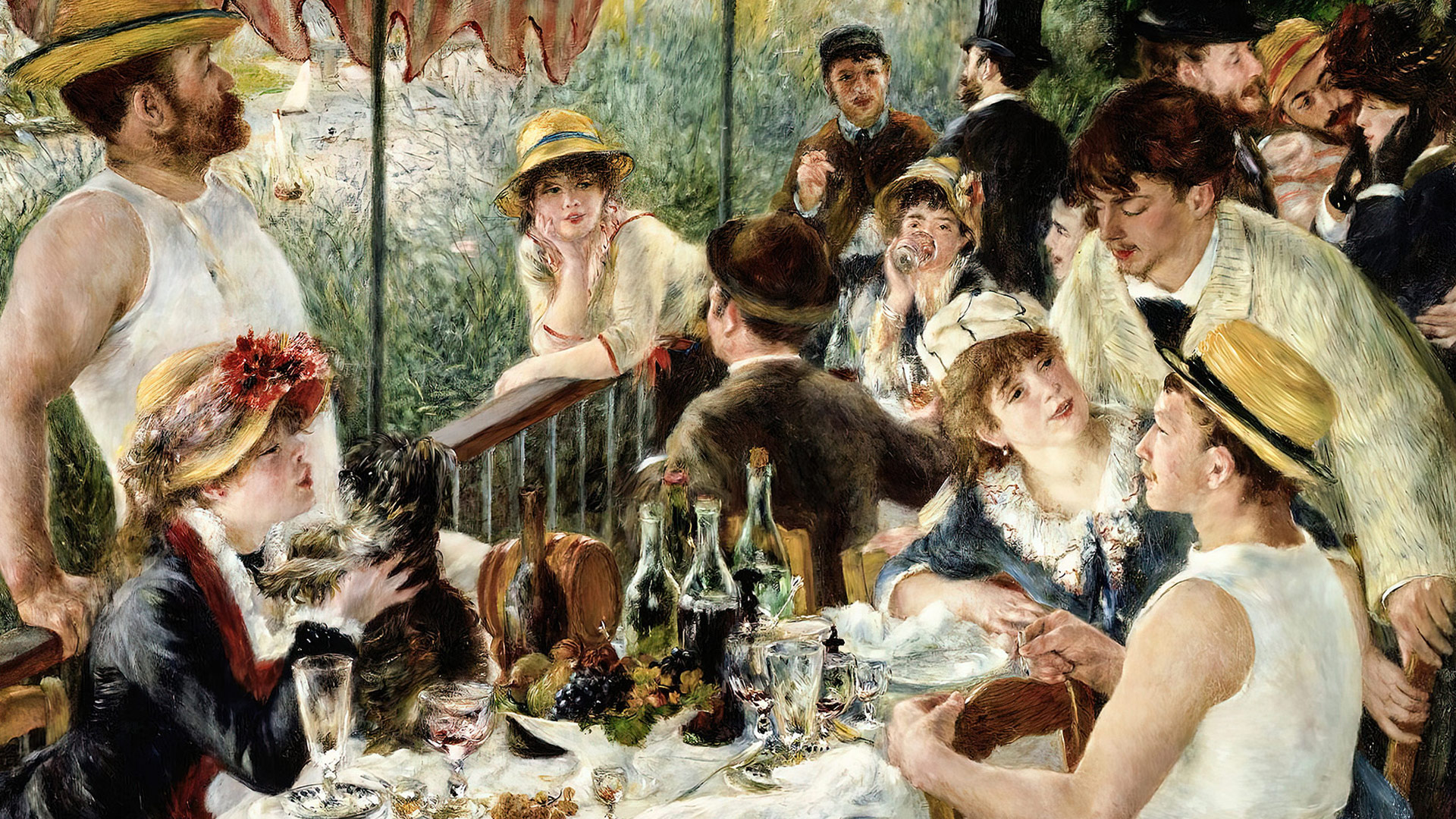 Luncheon of the Boating Party

In 2012, the film on Renoir was released, recounting the last years of the artist’s life during the First World War. The film was directed by Gilles Bourdos and participated in the 2012 Cannes Film Festival.